Added to your Favorites 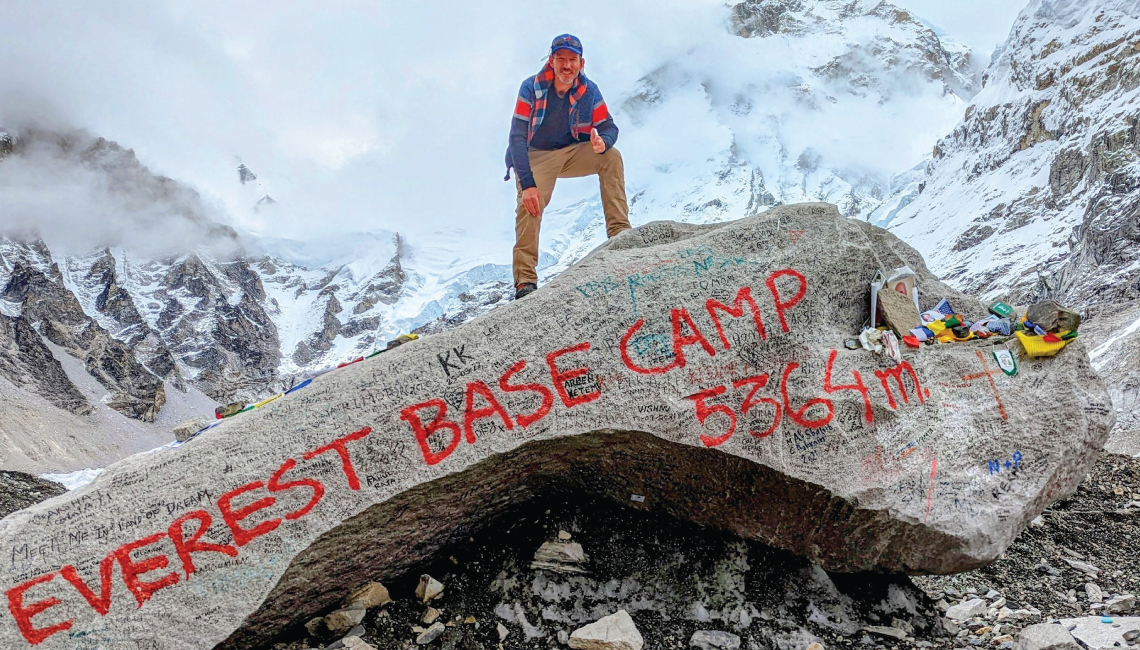 In October 2022, Dylan Glen, Office Assistant, reached an astonishing personal milestone, completing his climb to Mount Everest’s base camp! Megan McPeak, Communications Content Coordinator, was fortunate enough to speak with Dylan following his return, and learn more about the trek, his preparation for the trek, and what the achievement means to him. Read the interview below!

You hiked Mount Everest recently; congratulations! Tell me a little bit about that. What led you to decide you were going to hike?
My motivation to start was my love for travel. Every time I travel, I try to ‘alternate’ my destinations and make them as appealing and challenging as possible. I had five extra vacation days carried over from last year, so I decided to do something special with them, and when I was flicking through ideas on my laptop, I came across this trek to Mount Everest and I thought, “why not give it a shot?”

As this was likely to be my only opportunity to climb to Everest Base Camp, I chose the longer route including Gokyo Lakes, Gokyo Ri, Cho la Pass before the finale of Everest Base Camp. I started the trek on October 3rd and finished it on the 16th.

Have you always been an avid hiker or is this something that you decided to pursue on the spur of the moment?
I did a lot of trekking with my family as a child, but then I left it for a huge gap up until I came out to Calgary. When I got to Calgary, I started trekking with a few former employees of Black Diamond like Scott Perley and Tanya Finney. We went trekking quite often – maybe three or four times a month – to a much lesser extent than Everest obviously, but it just kind of put me on track as well. That trekking experience made me feel like maybe I could achieve this.

Have you done any other extensive treks to prepare you for Everest?
I can't honestly say I've been on any extensive trips anywhere close to Everest, but like I said, I did do a lot of trekking, maybe 15 kilometres at a time. I also went to the gym two or three times a week, to try to keep myself as fit as possible for the trek.

Did anybody accompany you or did you go alone?
I went with a company called Mount Adventure Holidays Pvt. Ltd. a Nepalese Government-run company. They were used as a 3rd party for Tourradar.

I knew I had the full attention of the guide/porter.

Has climbing Everest always been an aspiration or goal of yours?
To be honest no, it hasn't maybe only up until about a year ago did it ever really cross my mind. I never thought I would have the ability to do such a hike, but it's also a case of mental power as well as physical, and you've got to keep your mind set and ‘aim to complete’ the objective. And just try to achieve that as much as possible or as close to.

Besides physical fitness, how did this trek challenge and benefit you?
I didn’t quite know I had the mental motivation to do such a thing which I might certainly consider for anything else that comes up. Many times, in the past, when I've gone out trekking people have said, “All right, that's as far as it goes. I'm heading back to the car.” Climbing Everest, you don’t really have any option but to continue. There were numerous emergency helicopters flying above up above for those suffering with altitude sickness or physical injuries, which were never really an option for me. To me, giving up after you’ve made it so far kind of defeats the purpose to claim it and then take the easy option easy option back.

What was the most challenging part of the trek?
The greatest challenge for me was going on Cho La Pass, which was also a fantastic, beautiful sight with great scenery. The mountains, the snow, the sun. A large part of it was, there was a massive boulder protruding from the mountain. To get past it, you had to pull yourself along on a cable. If anyone was coming down, you had to maneuver to the side (making sure that neither you nor the other climber lost their footing) and make way for them. It was something I’d never anticipated.  Also, the route apparently changed earlier in 2022 as the former route was covered by an avalanche, but yeah, pulling myself up and there was so much ice on the rocks, etcetera. So, it wasn't an easy task, but it was a great feeling of achievement to reach the top and then to carry on down.

Did you do a lot of research before going out? What did you know about Everest before heading out on this trek?
Besides being steep and dangerous, not an awful lot. I paid close attention to those who had completed the trek (on YouTube); fitness levels to reach prior to the hike, clothing to take with you etc. Even that in a sense, it didn't come close to the full-blown adventure, the full-blown opportunity.

Having had the opportunity to hike Everest and do it successfully, what does your next adventure look like?
I know somewhere down the line I might try something similar, although I haven't quite decided what that will be. I'm traveling to see my family back in Scotland in February, so that's my focus at the moment. I'm sure something will come up in the future!

It was an honour to speak with Dylan and gain insight into his impressive achievement. Help us congratulate Dylan today and take a look at the impressive photos from his trip, below. 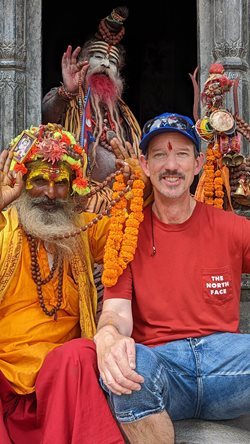 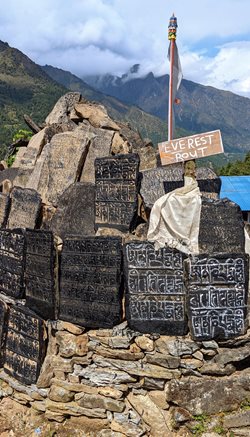 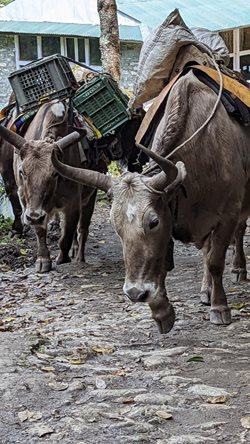 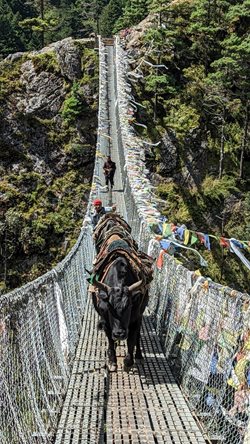 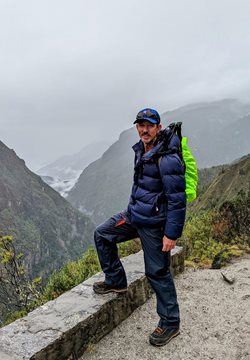 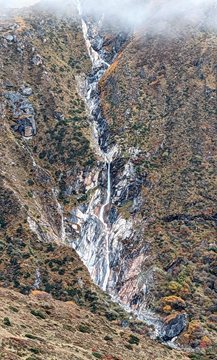 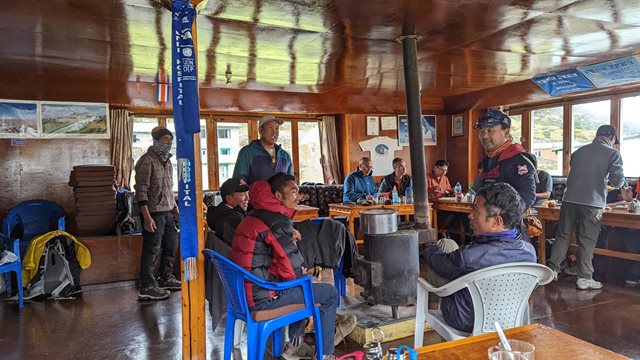 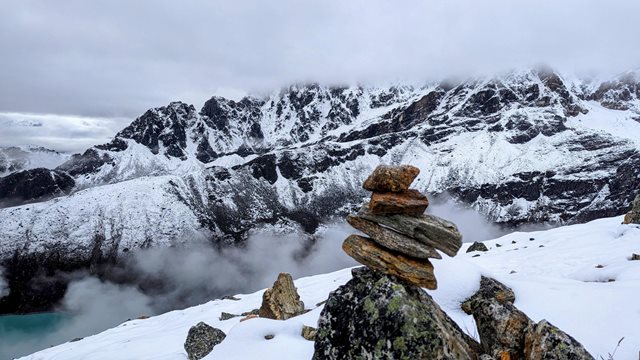 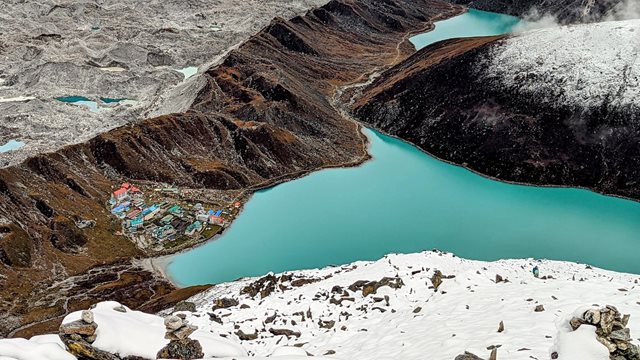 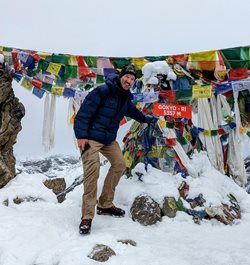 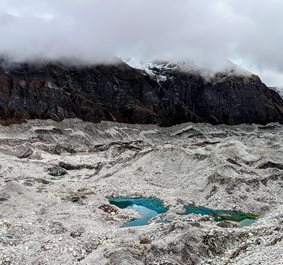 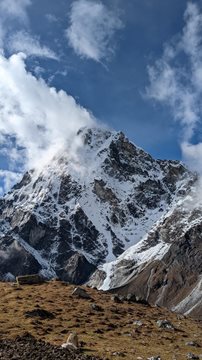 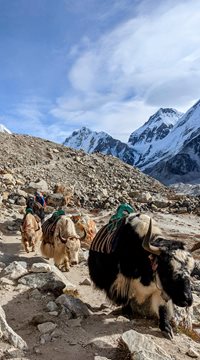 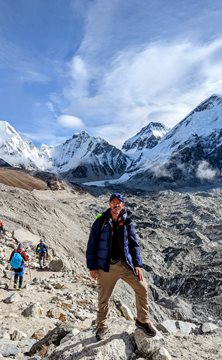 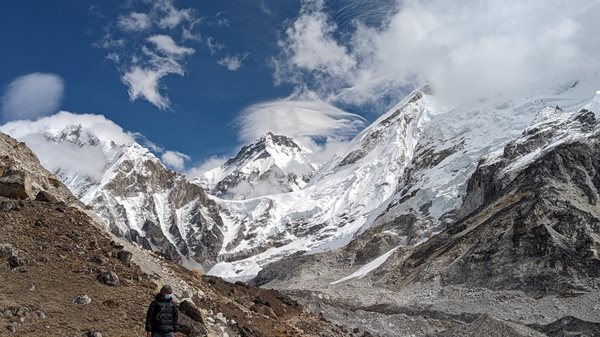 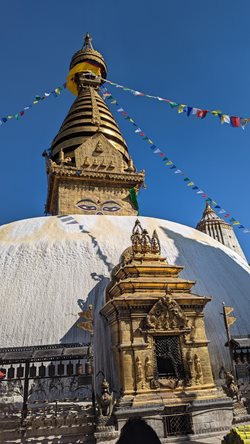 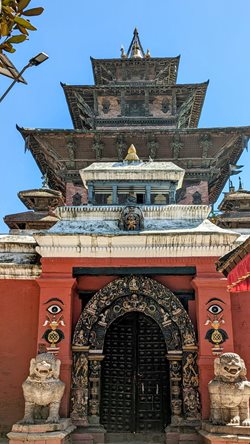 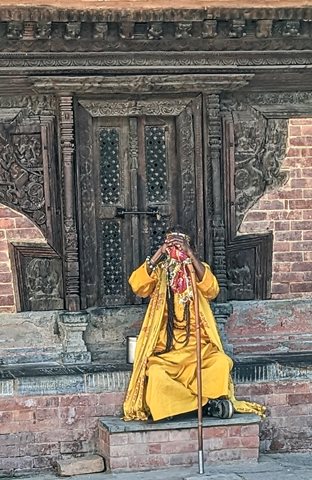 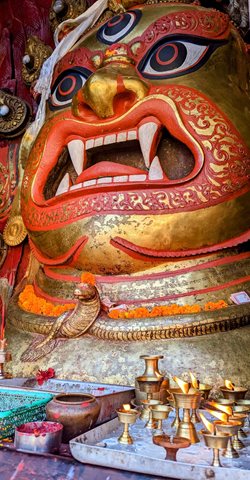 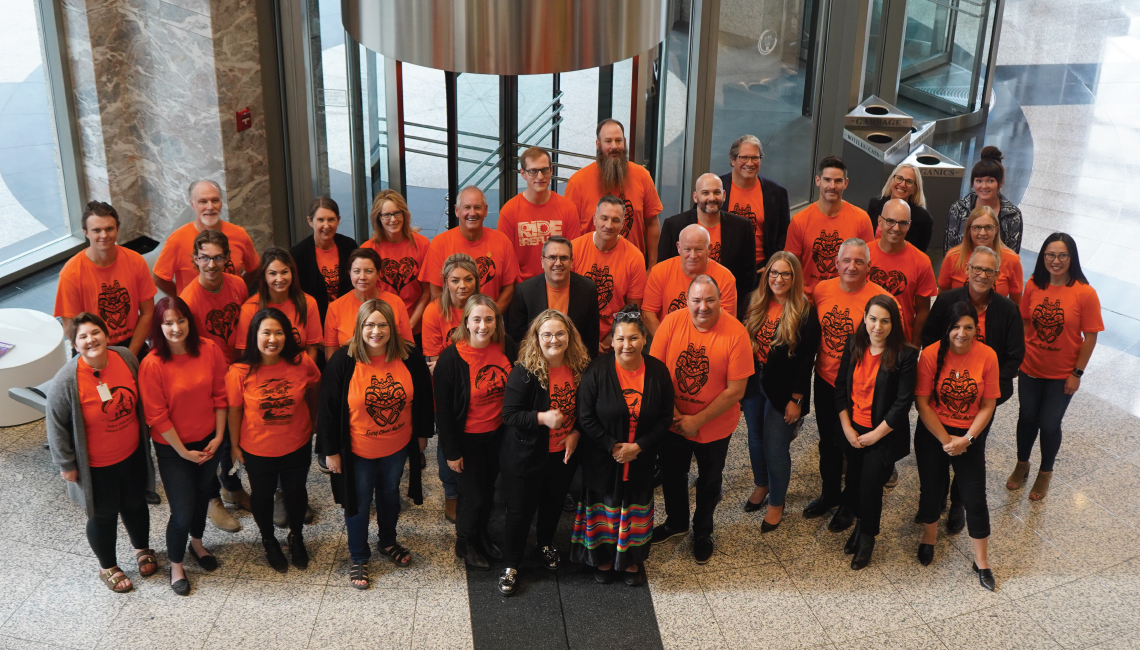 Walking the path forward to Truth and Reconciliation
October 5, 2022 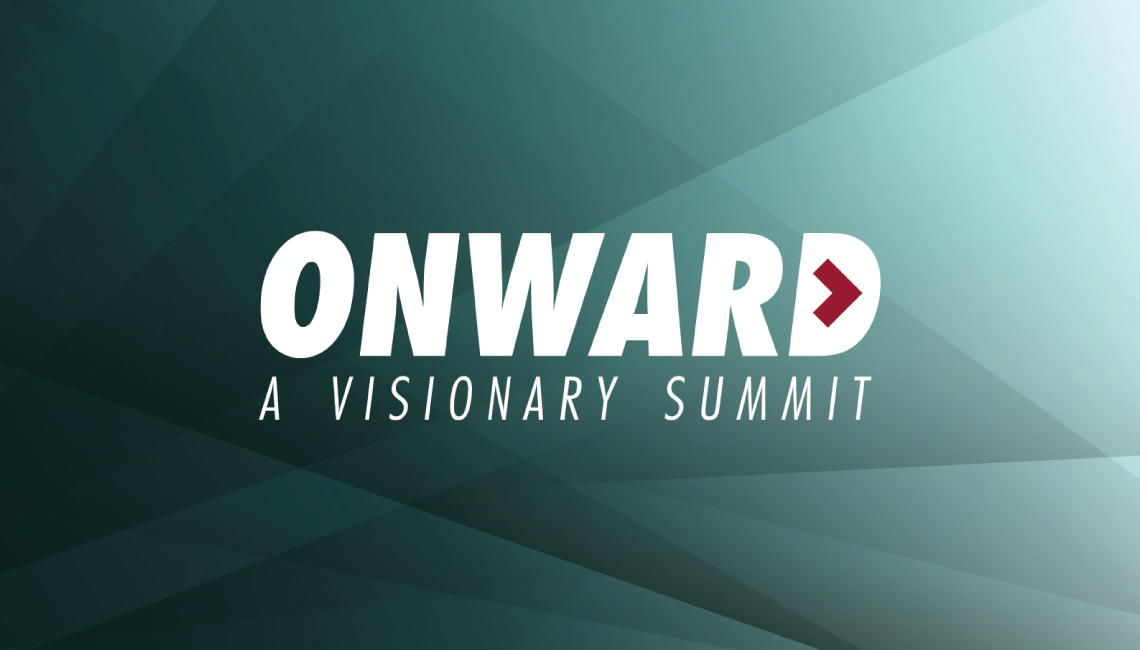 Setting our sights on the future
September 1, 2022 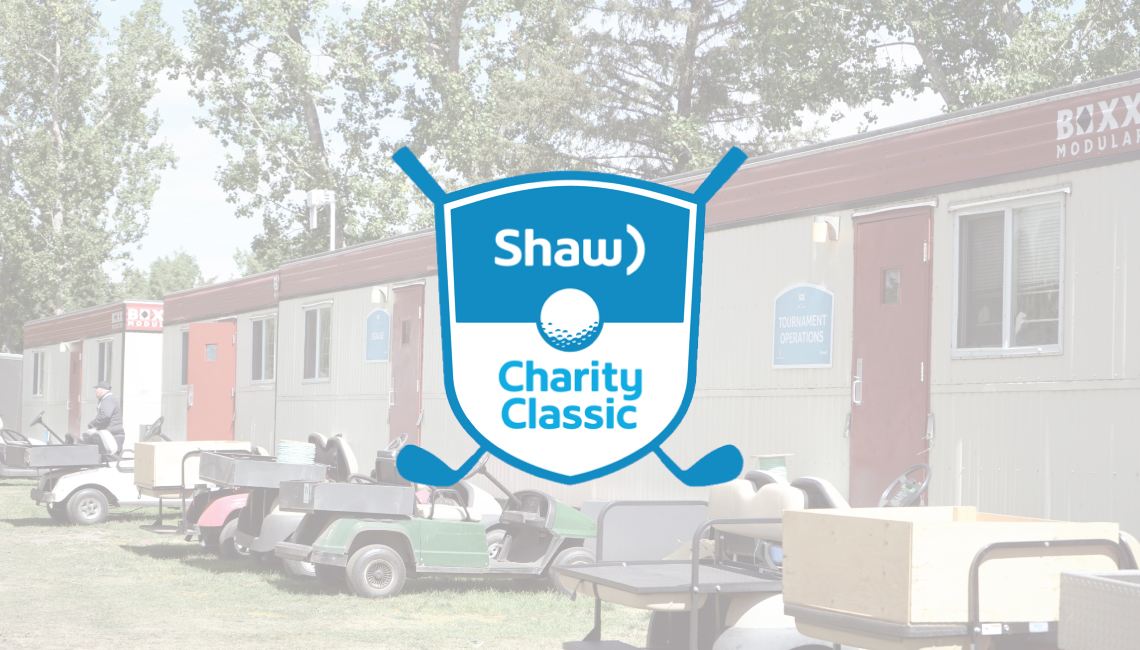